Tease your brain with our guide to the best puzzle games

Do you have a penchant for brainteasers? An inclination towards solving riddles? A fondness for finding your way out of a corn ma(i)ze? If you are, then congratulations: you’re a puzzle aficionado.

But which, among the hundreds and hundreds that exist on the various app stores, are the best puzzle games available for download on your smartphone and/or tablet? It’s a burning question, sure, but thankfully we here at TechWeekEurope also quite enjoy scratching our heads over the latest puzzle-app phenomenon, so trust us when we claim that we’re a little more than qualified when it comes to knowing the cream of the crop.

With that being said, here’s our guide to 10 of the best puzzle games for smartphones and tablets. 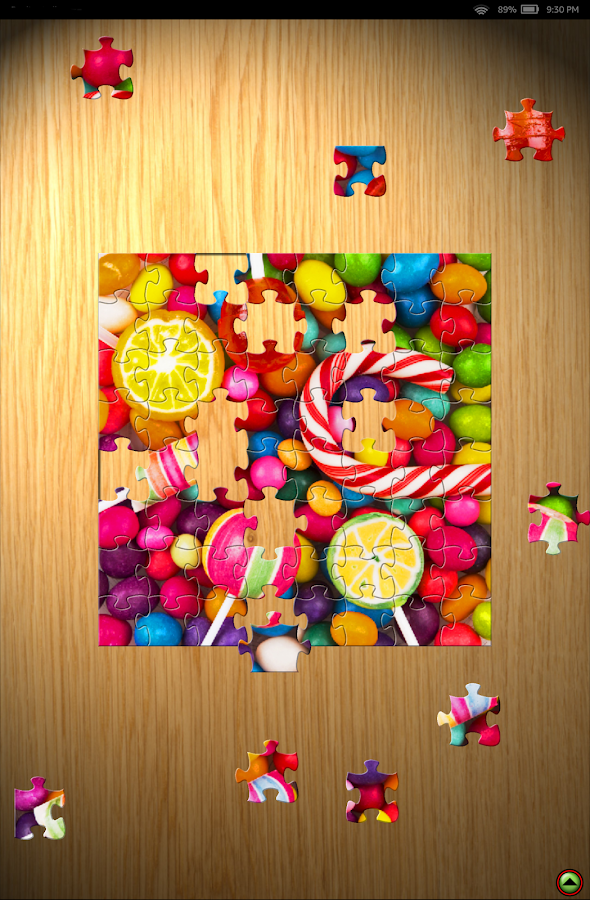 Jigsaws: a relic of the past, right? Evoking memories of long, rainy Sunday afternoons at Grandma’s putting together a 1000-piece picture of a countryside scene; the minute hand on the ornate clock on the wall seemingly conflicted by its own crippling sense of inertia. WRONG. Jigsaws are still great in 2015, especially when they’re as virtual and interactive as they are with the Jigsaw Puzzle app from Critical Hit software. With more than 8,000 individual jigsaw puzzles to choose from – as well as the capability to make puzzles from the photos on your smartphone’s camera roll – the puzzling possibilities are humongous: every picture is cut differently, so no two are the same. If you really want to test your skills (and why wouldn’t you?), then you can switch on ‘Puzzle Rotation’ mode, which…well, it’s quite self-explanatory really. 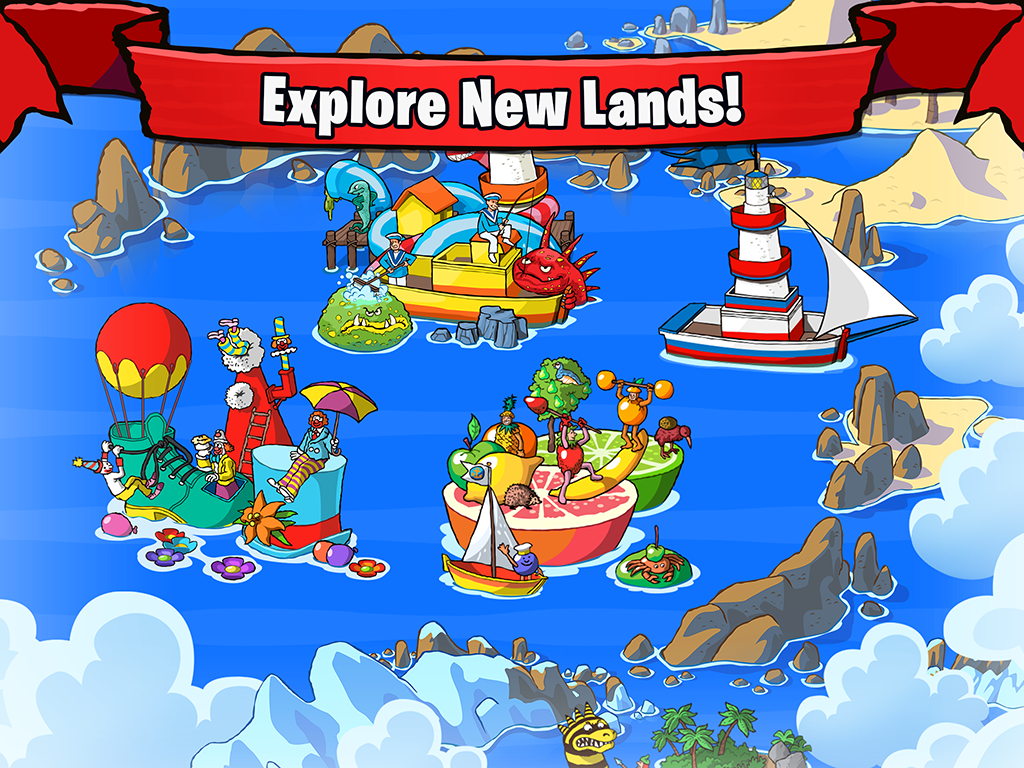 You won’t find Waldo here – Wally, his original and far superior moniker, has dispersed himself and his evasive brethren across a whole raft of colourful worlds just so you can find him. The scenario is thus: “We need your help, explorer! A terrible tornado has swept through the lands. Now it’s up to you to find Wally and all of the hidden objects scattered by the tornado before they are forever lost at sea!!” Will you take up the cudgels and aid Wally in his time of need? Or will you, with the memories of a childhood spent cursing his name as you meticulously scan the corners of the page for that stupid stripy fellow, decide to not assist our eponymous hero in his time of need? With this puzzle game, the choice is yours. 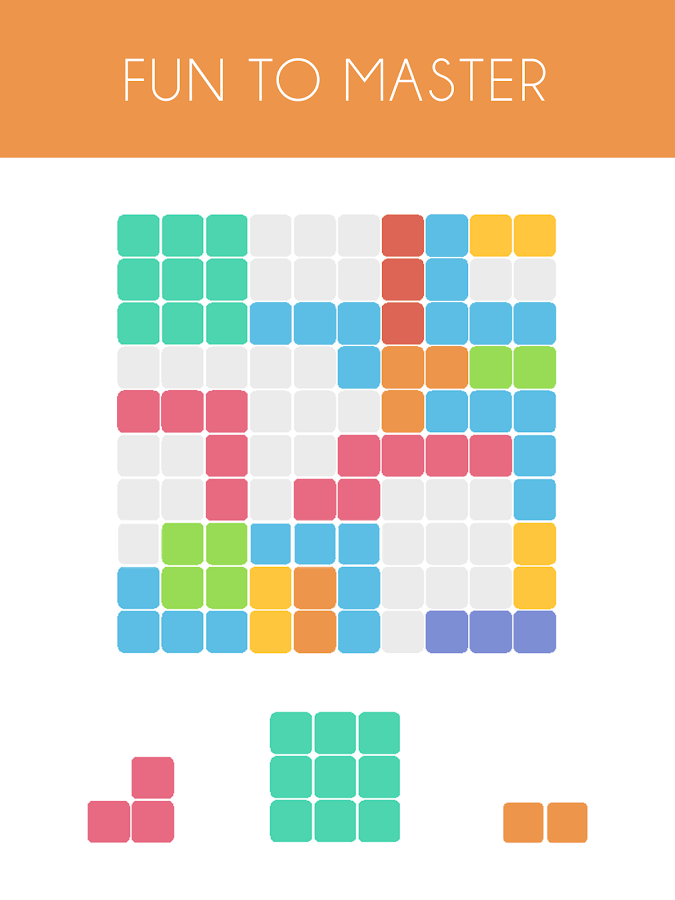 Presenting you with a simple 10×10 grid, the aim of this puzzle game is to fill both the vertical and horizontal lines of the grid with different-sized and alternatively-coloured shapes, à la Tetris (more on that later), in order to keep the grid as clear as possible. Fill the grid up, and you lose. Unlike its not-too-distant puzzle cousin, 1010! has no time limit, so you can spend as long as you like getting obsessed with this simple but powerful game. 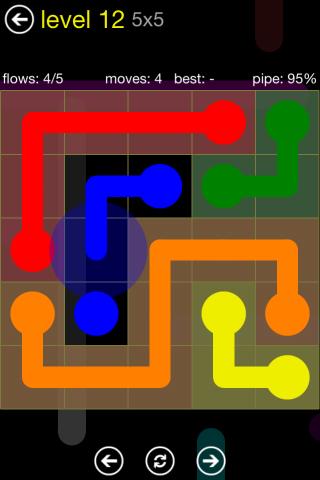 “Who doesn’t love puzzles?” asks the accompanying promo to Flow Free, once rated #1 in the games chart on the Play Store – and indeed, who actually actively hates puzzles? With over 150 levels and 1500 puzzles, all you’re required to do here is “connect matching colours with pipes to create a Flow. Pair all colours and cover the entire board to solve each puzzle in Flow Free.” Simple as that, really. It’s also damn addictive, especially when you have to race against the clock. But remember: “the pipes will break if they cross or overlap!” You’ve been warned. 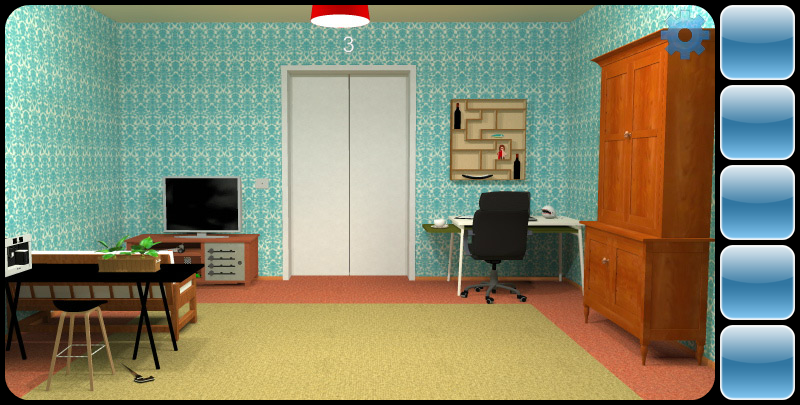 Well, can you? This wildly-popular puzzle series from MobiGrow puts you in a virtual room where you have to find a number of clues in order to unlock the door to freedom. Thrilling, right? Perhaps for an extra thrill you can actually lock yourself in a room whilst you play this game on your smartphone, so that your brain has to work overtime in order to simultaneously escape both the virtual and literal rooms that you’ve somehow found yourself entombed in. That’ll be a laugh! 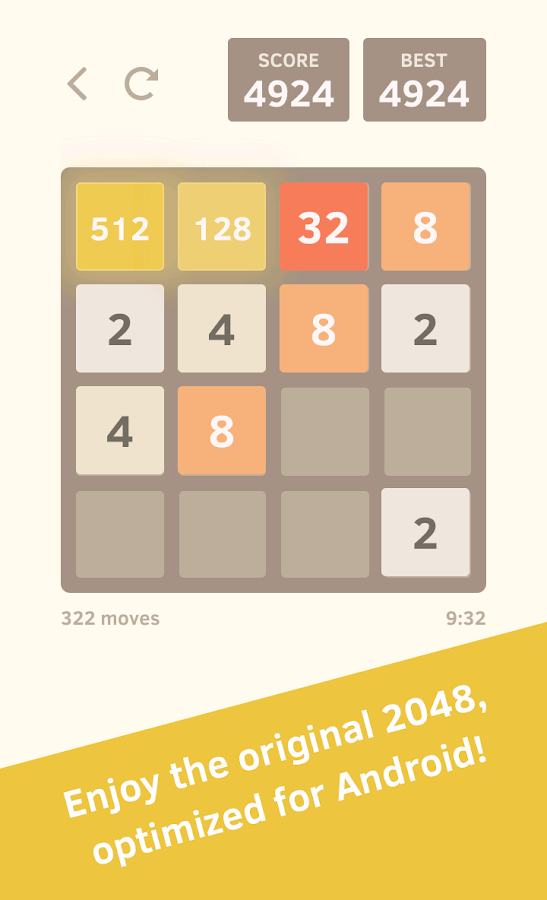 The second entry in our list to contain an entirely numerical title, 2048 certainly had its day in the sun last year. Created by 19-year-old Italian web developer Gabriele Cirulli in March 2014, the addictive sliding-block exercise has taken on a number of iterations from app makers since its initial (and wildly-successful) release. The premise, for those that don’t know: swipe across the grid to move the tiles – when two tiles with the same number touch, they merge into one. When 2048 tile is created, you win! And what do you win? Er, another go at 2048. Congrats! 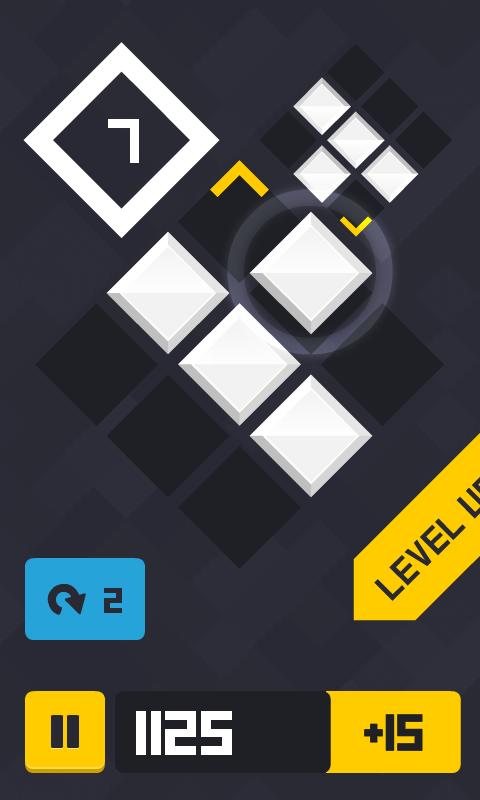 As far as snappy, one-syllable-named apps go, Trid is up there with best of them – or at least in the puzzle world, anyway. This Dutch-made game invites you to have touch-based fun with patterns; the game presenting you with a pattern that you need to memorise and quickly replicate in the grid. It’s a fast-paced game, so the shapes come thick and fast – but for each pattern that you do successfully complete, you add a teeny bit of time onto your overall total. But run out of time, and you’re cooked! Well, not literally.

Only two dots, you say? Why not three? Or 64? Who knows. Anyway, Two Dots is an appealing and attractive puzzle game that is, surprisingly, the sequel to the apparently-successful Dots. So the aim of the game is to guide “two brave dots as they traverse arctic tundras, navigate fiery jungles, and plunge the ocean depths”. No, seriously. It’s actually pretty fun, with 435 levels to navigate as you connect your two intrepid Dots together in order to “sink anchors, make a line, create bombs, extinguish flames, and much more”. Yay!

The O.G. of puzzle games, Tetris is universally-renowned as one of the finest brain-teasers known to man. Originally released all the way back in 1984 – when you were dancing to electric pop like a robot, no doubt – it’s still as popular today, which is why it’s not surprising to see that EA have dug their claws into it. Existing in both a free and fee-paying version, the former is undoubtedly better because, well, it’s free. It has “visionary new ways to play”, such as One-Touch controls in traditional ‘Marathon’ mode, and the stratospheric-sounding ‘Tetris Galaxy’ format “where you dig for the galaxy’s core using as few Tetriminos as possible.” Just what Alexey Pajitnov envisioned when he created the game, no doubt.

Our final entry is this offering from Mobigame, the team behind the multiple award-winning games EDGE and Perfect Cell. Their latest creation requires the player to “combine solid pieces in a gigantic tangram puzzle” over 840 levels, which, admittedly, sounds like quite a tough task. But once you get into the rhythm it’s a fine way to waste away the hours, with bonus points awarded on the basis that you successfully and, as the bio describes, “uniquely exercise… your reflexes and dexterity” in order to solve the puzzle. Nice.