All Tech News > Workspace > 10 Of The Best Music Apps

Do you remember the times when, in order to make your music collection portable, you had to stuff your CD player (or perhaps even your cassette player) right down inside your coat pocket? Halcyon days.

Nowadays life is just so much simpler: you can listen to your favourite artists, programs and radio stations on-the-go, wherever you happen to be (apart from places with no mobile or Wi-Fi signal, of course), thanks to a huge array of intuitive and voluminous music apps. 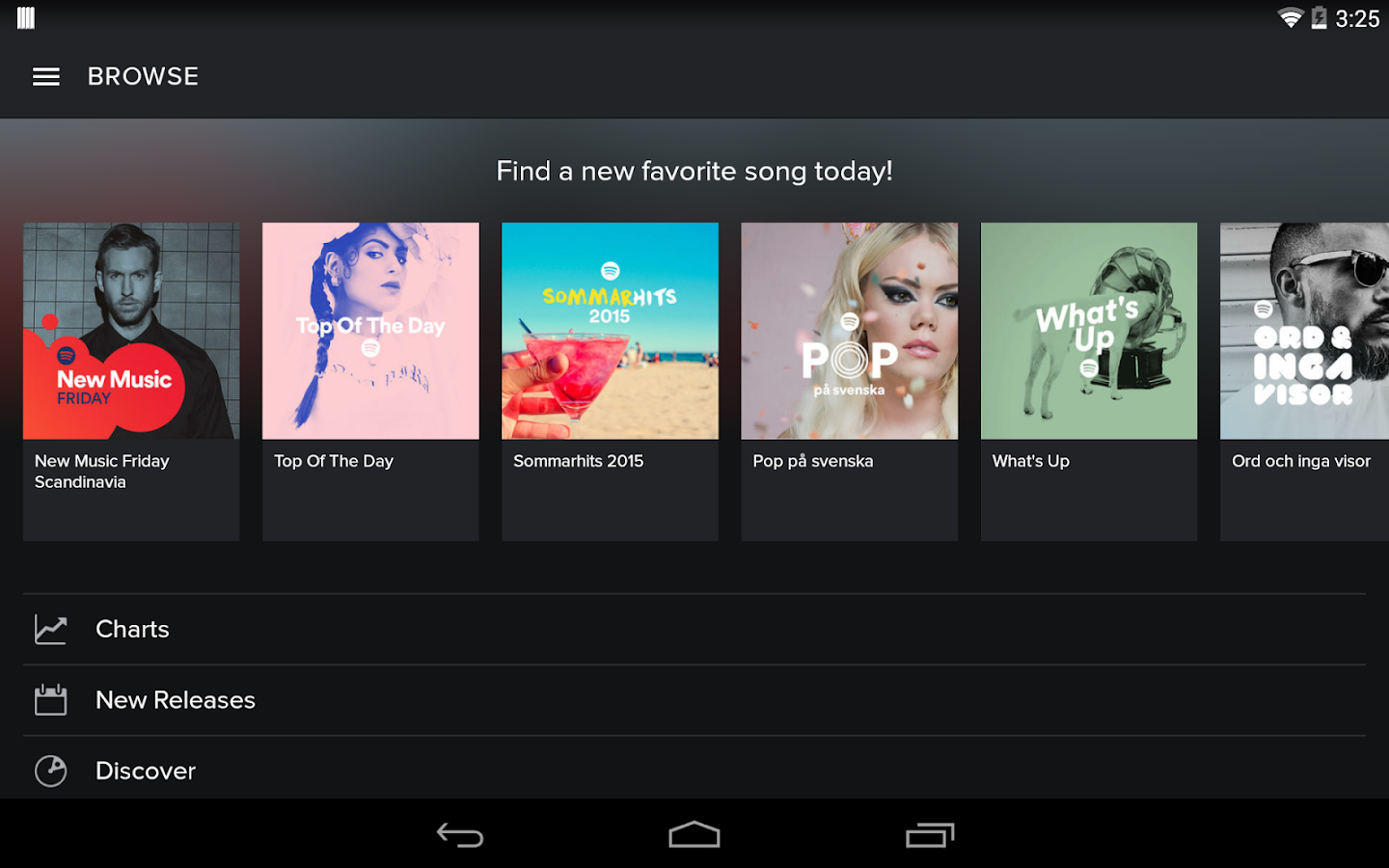 We’ll begin with the most familiar music services: of course, you’ll already know about (and perhaps love) Spotify. The Swedish-born streaming service has risen exponentially in recent years to become one of the major players in the present-day music industry, providing more than 75 million users with a veritable smorgasbord of music variety from all corners (unless you’ve a penchant for Taylor Swift, that is). Offering a 30-day free trial before the introduction of the actually-quite-reasonable Premium Subscription price of £9.99 a month, the world’s music library* can essentially rest in the palm of your hand if you submit your will to Spotify. And you’ll also already know about Apple Music. What? You don’t? Where have you been? Well, let us catch you up: Apple, not content with arguably dominating most corners of the technology world, decided in late June to try and take over the music world as well by launching their own on-demand streaming service. Take that, Spotify! The ace up their sleeve was the never-ending Beats 1 radio station, which has been made all the more tempting to listen to by Apple’s persuading of a revolving door’s-worth of musical talent (Pharrell, Josh Homme, St. Vincent) to regularly guest DJ. Whilst still in its infancy (and therefore not at all perfect), Apple Music may be worth your investment in the long term – once they iron out Zane Lowe’s creases, that is.

Now we’re getting slightly niche-r: SoundCloud is the hip-happening hub of new music that benefits hugely from receiving direct uploads by the artists themselves. Everyone from buskers to bedroom producers to multi-million-selling singers (hi, Miley) have taken use of SoundCloud’s excellent interface in recent times, and now you can too via their fine (and free!) music app. Follow artists and tastemakers to create your own personal ‘Collection’ timeline of tracks that are ordered by the time that they were uploaded to the service, meaning that you’re likely to hear the hottest tracks first. And that’ll make you something of a trendy old fox, won’t you? 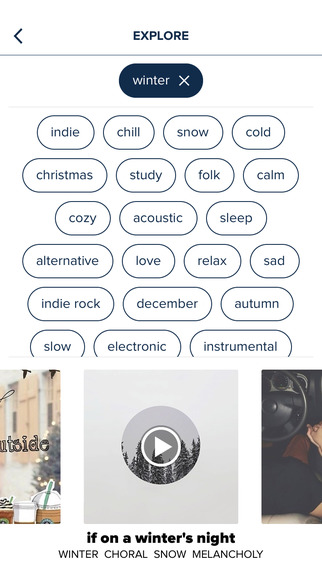 8tracks is a great music service for the simple fact that it invites you to become the DJ: upload your own tracks (that you’ve legally bought, of course) to their system, sort it into some sort of cohesive playlist, and then unleash it into the big wide world. The only thing is that you can’t do this very-satisfying activity on their app (you’ll need to do your own curating on your desktop) – but that’s not too much of a problem, because it’s unlikely that you’d be able to create your own banging playlist whilst on the move anyway. So instead, plug in and drop out with 8tracks to discover new music and playlists from its millions of users by searching for artists, genres or keywords.

Not strictly a streaming service, Shazam is a vital music app for the reason that it’ll forever satisfy your curiosity. Out at the pub and hear a song on the stereo that you want to check out later? Simply open up the Shazam app, press the ‘Shazam’ button, and its intuitive and rather-knowledgeable service will locate that particular track to present you with the answer to your curiosity. Once you’ve logged that track into the app, it’ll also provide you with an audio or video stream of said song, along with its lyrics and a short biography on the artist. Enjoying its current status as a Rather Big Deal™, Shazam have even started to team up with other companies to enable its users to discover a whole raft of content by using the app in tandem with an advertising campaign (“Shazam with your camera when you see the Shazam logo or a QR code” – that sort of thing).

One of the lesser-known music services, Musi pinches – sorry, streams – tracks from YouTube for your playlist pleasure. Organise your favourite songs from YouTube into collections that you can have on your person and, through AirPlay, play through any enabled sound device. With over 100 million songs streamed for free by Musi users the world over, it’s certainly an attractive – if not entirely official (like, do the artists get any royalties?) – proposition. 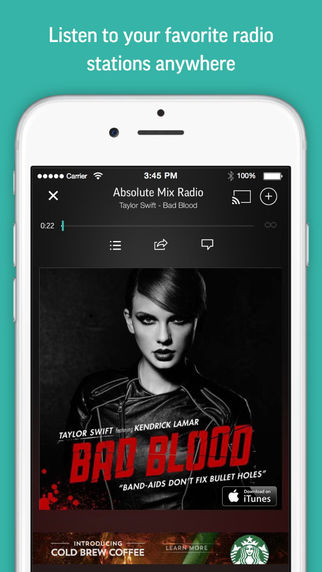 If you’re less about curating your own playlists and more about allowing yourself to be held at the mercy of any number of DJs, then TuneIn Radio could be the music app for you. With over 100,000 radio stations worldwide for you to choose from, there’s ample scope for your fix of sports, news and – oh yes – music through the wonderful medium of radio. There’s also access to podcasts and, once signed up to their Premium service, the opportunity to listen to over 40,000 audiobooks and 600 commercial-free music stations. 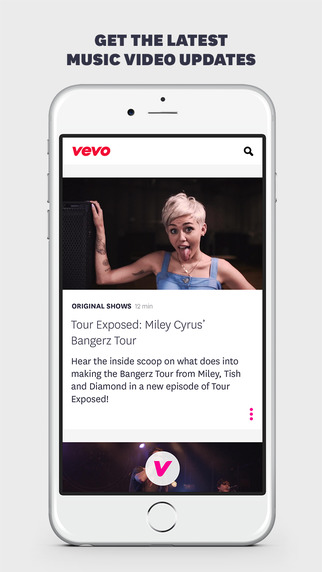 Into your music videos? That’s nice. Good for you. Vevo’s the one for you, really: offering “the largest collection of premium and official HD music videos anywhere”, this music app offers you the chance to lose yourself in a music video binge that you’ll find it hard to recover from; stumbling and blinking at the daylight as you reflect in horror upon the full night that you dedicated to watching the latest Nicki Minaj video. There are also opportunities to access exclusive live concerts and intimate performances – they hooked up with the ultra-hip Great Escape Festival back in May, which was rather good. So, yeah. Vevo. 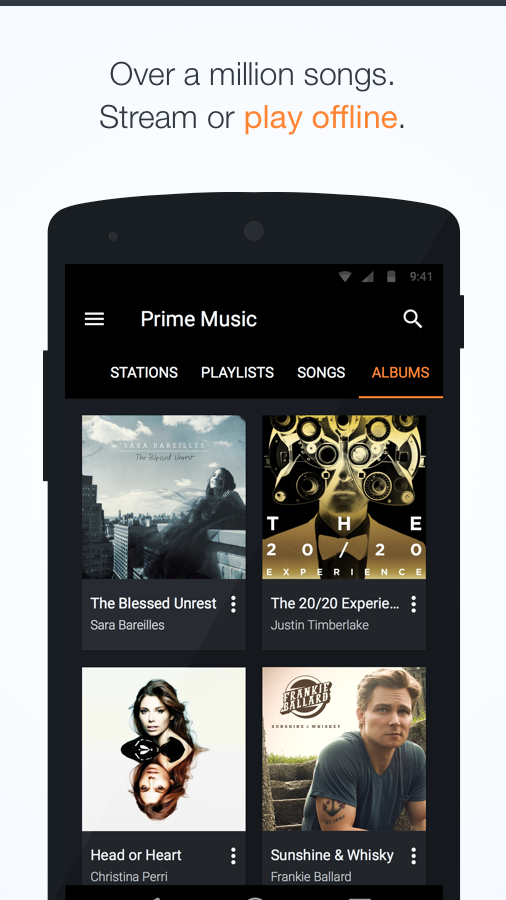 Not content with arguably dominating most corners of the consumerist world, Amazon decided late month to try and take over the music world as well by launching their own on-demand streaming service. Hold on a minute, haven’t we heard all of that before? Nope, can’t recall it. Anyway, Amazon are offering “ad-free access to over a million songs and hundreds of hand-built Prime Playlists at no additional cost. Stream anytime, add to your collection, or download to play offline.” The catch? You have to be an Amazon Prime member – which, for £5.99 a month, is actually pretty damn reasonable. 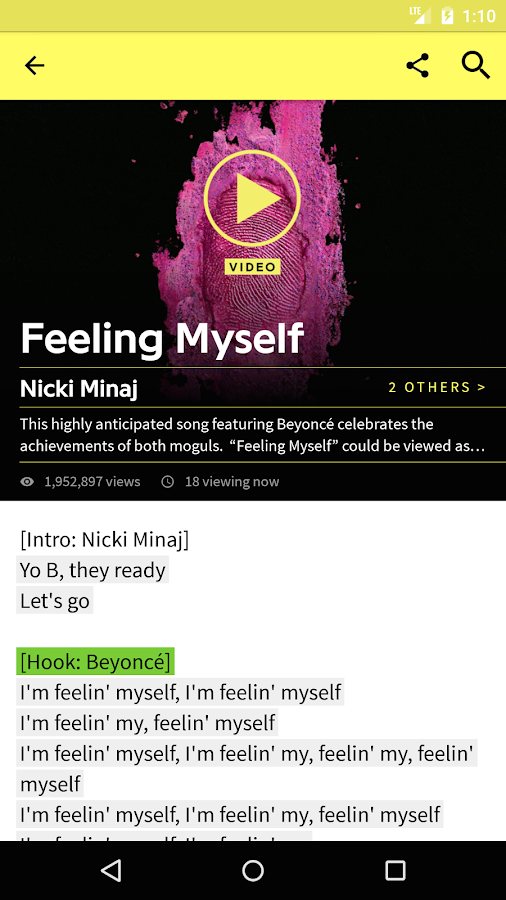 Not exactly a streaming service, Genius is a fantastic music app for a whole other reason: the continual uploading and deconstruction of hip-hop, rock and pop lyrics by a dedicated online community. Initially finding fame for their commitment to rap music – which is still a major focus of both the Genius site and app – there’s access to the lyrics of 1.7 million songs which are generally fully annotated by a busy forum of, in the case of hip-hop, “hip-hop heads” in an effort to decipher and then disseminate their often complex meaning to the wider music-listening community. Each song page also provides information on the artist, contextual backgrounds for each song and an accompanying streaming link – so it really does go way beyond being just a lyric website.

Coronavirus: Apple Works With US Government On Covid-19 App, Website